When you go for a bike ride, you are expected to follow the same rules of the road that a vehicle has to follow. You expect drivers to be cautious, watch for you and stay to their own part of the road. When they don't and an accident occurs, the effects could be serious. Sometimes, you need an auto accident lawyer to help.

A 60-year old man found that out on Wednesday, October 14. Robert Kaznowits was riding his bicycle across Monroe Street and the intersection of Massena Street. He started crossing and was hit by a truck traveling eastbound. When police arrived, Kaznowits was conscious, but injured, lying on the side of the road. He was taken to the hospital in Hammond, but had injuries that were non-life threatening.

The driver of the truck, 65-year old Steven Rice, left the scene of the accident, but then later called the police department to report the crash. This call came as investigators were on the scene. They located Rice's 2010 Dodge truck in the 500 block of Wilkinson Street and were able to link it to the incident.

Both parties involved were cited for wrong doing. Kaznowits was cited with failure to yield and Rice with a hit and run.

If you or someone you love has been a bicyclist involved in an accident with a motor vehicle, call your New Orleans bicycle accident lawyer today! 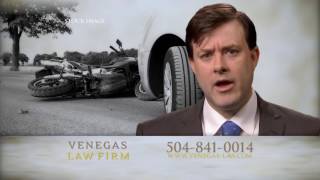